Americans who still get their ‘news’ from the so-called “mainstream media” will never find out that House Republicans have done well for themselves and the pursuit of truth and justice during Rep. Adam Schiff’s first day of open impeachment testimony.

But they have, and Rep. Jim Jordan is a perfect example of that.

On Wednesday it took him less than two minutes to completely blow Democrats’ Trump-Ukraine “quid pro quo” slash “bribery” allegations out of the water with his cross-examination.

And he’s not even a lawyer (he has a JD but never took the bar exam).

Jordan dissected Schiff’s “star witness,” career diplomat/bureaucrat Bill Taylor, forcing him to admit that in his three meetings with Ukrainian President Zelensky, a quid pro quo of investigating the Bidens in exchange for releasing military aid never came up. 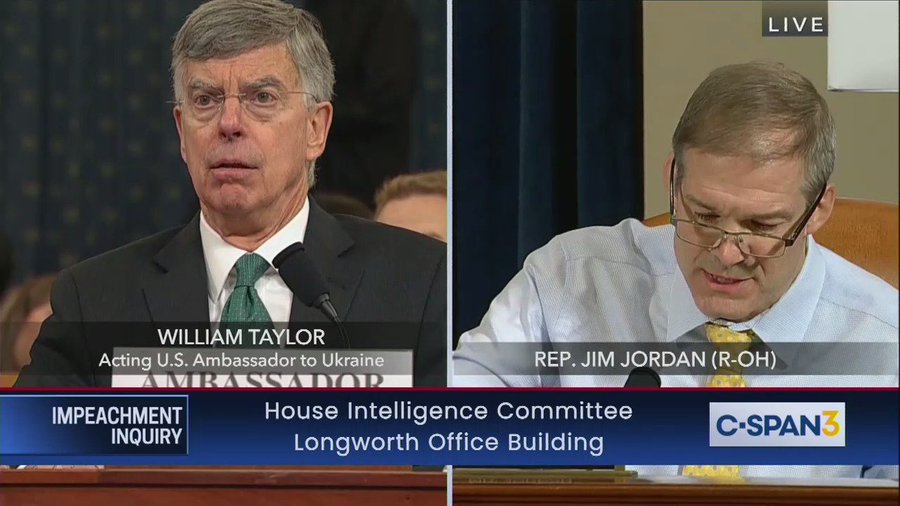 After that exchange, Jordan even got Taylor to admit that he was never a ‘star witness’ in the first place.

As we expected, there is a lot of BS being slung today by Schiff and his Democrats and their witnesses. But there have been no “bombshell” revelations pointing to any impeachable offenses committed by President Trump.

Portions of this article originally appeared at The National Sentinel and was republished with permission.

*Some edits have been made.

“The kind of gun being carried he shouldn’t be carrying.” …

(TNS) For half a decade, the American Left has been …

Our website is made possible by displaying online advertisements to our visitors. Please consider supporting us by disabling your ad blocker.